Allastair Blackman has over 20 years as a photographer specialising in landscape and transport photography.

Growing up along the Murray River in Swan Hill, I gained an eye for nature photography from an early age, guided by my award winning newspaper photographer mother.
As the grandson of a steam locomotive driver for the Victorian Railways, steam and rail transportation have gone on to become some of the main themes in my work, including my award winning images.

Capturing the ever changing built environment of Australian cities has also become part of my repertoire of imagery.

I have won several awards in the Epson International Pano Awards and the International Loupe Awards, has been published in major Australian Newspapers and commissioned by Tourism boards and attractions to provided works for advertising and sale, as well as by various businesses for commissioned works in calendars and other advertising material. 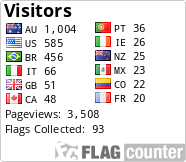